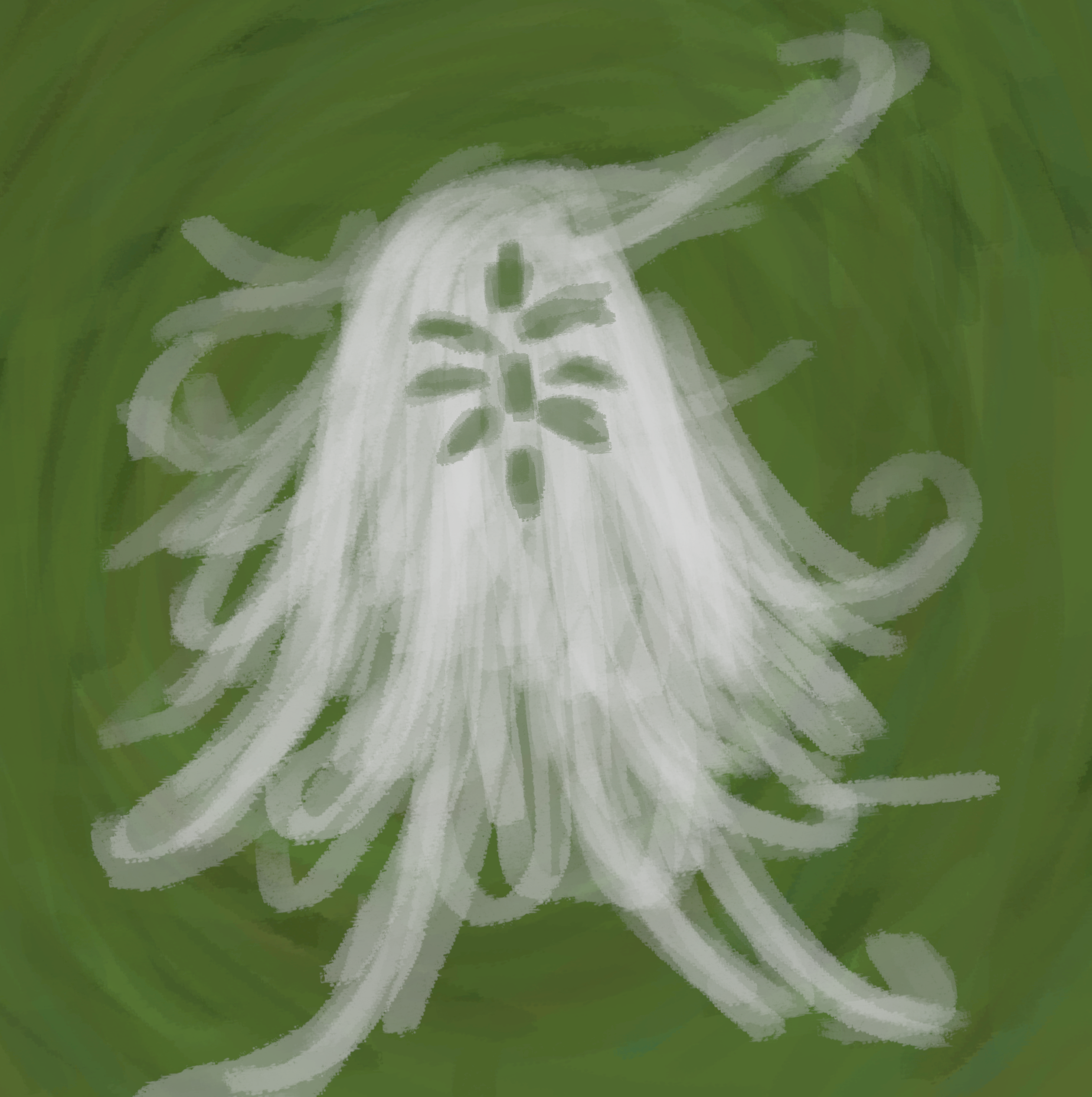 pages you can visit

here i'll be publishing two types of posts: #not entry, which will be just silly little things, and #entry which will be more complex thoughts of mine. the first entry is up, so enjoy! <3

in the future i also hope to implement a feature where you'll be able to actually sort through the tags, if that's at all possibble.

translating stuff to english is so easy and fun but translating it from english? well baby that's torture!

#my hobbies
#not entry

i'm having a difficult time right now and the only thing that lifted my mood today was cecilsweep that born out of tumblr sexyman poll.

#i did not care about it at first but cecil beating everyone? gold
#i hope he wins lol
#welcome to night vale
#not entry

every time i'm like oh sewing is so amazing and fun and then 10 minutes later i'm on the verge of crying and red from the rage having gone through nine circles of hell (or however much there are) because my sewing machine is the worst shit to ever exist on earth.

#for the record i adore hand-sewing! it's the best
#but every time i try to use the machine i experience anger like i've never felt it before
#my hobbies
#not entry

hi hi hi i'm still alive! kind of been busy with stuff so i don't have much energy for now. the site's not abandoned though! i'll be back as soon as i'm feeling up to it. so far all that's left to do are media page and webcomics page as well as adding sort features to this page. stay tuned and have a great week :)

#not entry
#i've been doing some exciting stuff
#i've enrolled in a compsci course online! wooow :o
#and several others. it's super fun but i'm not smart so i'm struggling :pp oh well

i've found some similarities in songs i listened to, so here i've gathered lyrics that touch on the topic of bodies, nature + death.

never thought i'd say this but i am getting bored of all my music :( even though i still love all of my precious darlings they just don't really fill me with as much excitement.

i finally switched to linux! but i've ran into two issues:

so yeah. that's what i've been up to. i kinda wanted to distract myself by updating this site (since i mostly don't need my files for that) but without the night light it's becoming harder to look at the computer even when it's dark. wahh :p

#not entry
#honestly even if the hard drive solution takes a few months i'll be fine but the lack of night light is really fucking me up
#i'm super sensitive to all electric light so with my devices i always use blue light. so inconvenient

update: i figured the night light out! i'm so glad :)

#not entry
#i never order anything online but this i had to :p
#it just came after a month of waiting i'm so happy!!!!

i have downloaded all my pet pictures from the cloud back to my computer! which meanss that i'll be working on my pictures page soon! yay :)

bananas + yogurt is a match made in heaven.

i had searched for a long time for a muffin recipe that would make muffins exactly how i wanted them. i'm very happy to say that i managed to find it! so i'll share it with you all too.

the original recipe uses double the indgredients but i decided that was too much. the measurements here will get you about six muffins. i walk my dog at approximately the same time every morning, so often i see the same people outside. here are my favorites:

it really is all about the small things. even though i've never interacted with any of these dogs (or people) they are all so important and dear to me <3 i'm glad i have them in my life.

now that my blog is all set up, let me tell about one of the things i was most excited to share with you!

i'd like to talk about rachmaninoff's trio élégiaque no. 2, op. 9, my favorite performance of which is by kogan, luzanov and svetlanov (the recording can be easily found on youtube; i tried to embed it here but it doesn't seem to work).

first thing you'll notice is the name: "trio élégiaque", i. e. an elegiac trio. elegy is something written to lament the dead.

tchaikovsky was rachmaninoff's teacher and an important artistic influence, and rachmaninoff (twenty at the time) composed this piece in 1893 after his passing, reflecting on the nature of grief and its many faces.

trio has three standard movements with the second being calm and the third having the usual grandeur, yet somehow still managing to outline the intricate procession of feelings associated with grief. i'll even go as far as saying that if you squint, you can identify the motifs that correlate with the five stages of grief (and keep in mind that these are neither defenitive nor can — or should — they be placed under these neat little labels. after all, this is what music is about — not clearly identifying what you're feeling but actually feeling your emotions).

the piece tells a very intimate story, a journey. it begins, as i imagine, with the hero receiving the bad news. the first big wave of emotions begins at 2:01*, it builds up into a panicky realization. then the "denial" stage begins at 3:21, the hero sort of collects their temper and tries to calm down a bit, and at 4:16 a new motif begins. and this is where it gets very interesting: the motif repeats three times over the next minutes and each time it changes — it gets more personal, the narrator internalizes their fear (4:16: staccato, upbeat, excited, 5:56: more sentimental, nervous, lachrymose, 7:57: pure sorrow and despair, feeling the weight of the whole world on your shoulders, agony).

then the music flows [9:39] into a different stage — "anger" (let's just stick to the whole "stages of grief" thing), starting at 10:32. and i want to turn your attention to the part the piano plays here: throughout the entirety of the trio, piano is the one that drives anger; it's aggressive, vicious, it's loud. rachmaninoff was a great pianist as well as a composer, he was a big man with big hands, and it shows in the way he writes: the piano is always powerful and forceful, strong-willed and vigorous. so it is natural that the piano here is the voice of fury as well.

the melody once again moves [11:35], now into "depression", starting 12:29. you can see that "bargaining" is skipped here, reminding us that grief isn't so simply cut-out (alternatively, you might have different opinions about the placement of stages, but please remember that it's all subjective). this part's always invoked strong imagery of a person sitting by the window at night and looking out on the moon in mourning and contemplation. this sad and quiet scene escalates into a storm of unprocessed feelings, and the hero flees as they see the dawn, running away in distress.

most wonderful thing happens next as we return to the same repeated motif of denial at 17:15, however, it's different this time: first, it reprises only two times now, and second, it sounds angrier, more distressed. even though it's the same melody, i'd put this down as "bargaining" in our metaphor — it's more resolute this time, more willing to accept, somewhat.

second movement [20:54], in my mind, begins at a funeral, at church. despite still-persisting woe, the first variation feels festive, solemn. let's also note how the variation form is an amazing story-telling choice in presenting the second movement: it's full of short, mixed up, fast-paced and ever-changing melodies that defy the stages we previously talked about. it's a mix of everything coming together in a bizarre dance on the way to acceptance. the hero goes through a whole new jouney here, distinct from the first movement. there's still sorrow, anger, confusion, but there's also hope. some variations are more like a quiet reflection of what had happened [25:25], while others express deep lack of certainty about having to go through erratic, loud life even with all the upheaval, about not really knowing what to do with yourself now [23:10, 28:12, 36:21].

29:35 is when we begin to see that sliver of hope for the future form — perhaps there is something after it, maybe life goes on. subsequent variations only feed and strengthen into that feeling of hope: even after a great loss and all the frenzy of daily life beauty in being alive still can be found. there are still bumps on the road [33:43, 34:57] but we're getting there [34:10, 35:22]. now this "bumpy" variation [32:05] is doing an awesome job of fluctuating between hope and anxiety, these "bumps" come quickly and slice through the variation with their worrying extremeness and urgency, and they dissipate as fast as they appeared.

at 37:24 we experience one final breath of reconciliation with grief. the hero allows themself to be vulnerable and to feel the full weight of their suffering, before finally letting go. the final variation [40:15] is cathartic, like the sun after the rain, like the dawn after the darkest night — finally free, being able to breathe and see clearly. accepting and letting go.

but there's a catch! rachmaninoff, this absolute madlad, does not finish the story in a bright, hopeful catharsis, no. he comes back with another movement. with an unexptected bang the grief flies right in [44:58], arousing the unsettling feelings you hoped were forgotten and behind you. and there is anger again, and fear. it hits with new intensity, newfound strength [46:54]. the segment from 47:30 is a long, hard battle of disbelief with yourself: "this can't be happening again, not now", finally climaxing at 48:25. notice how the piano comes into play again in this movement: it begins ("with a bang") and it builds up into this rush of ardor.

and now my favorite structural moment: at 49:11 the very same motif that opened the piece comes back again, stronger than ever, the familiar dread coming in fast, disrupting the peace thought achieved. the story has gone the full cycle. and the hero ends up at the very beginning (though not without the significance of the journey). and this is where our story ends. not on a happy ending, but back in the darkness of the mind, on a quiet, low humming of the cello.

well, that is it! i hope you got inspired by this and actually decided to listen to this piece. it might be a bit long, yes, but it's worth every second. i fell in love with it at the first listen more than a year ago. i wanted to prepare for an upcoming rehearsal by familiarizing myself with the piece (so i don't accidentaly clap at an inappropriate time). i planned to listen only to the first movement then since it was quite late and i needed to get to bed, but the first notes sounded and my life changed, i listened to the entire thing. it hasn't left me since. each time i find something knew in it.

it is perhaps an improbable dream but i really hope to be able to play this trio in my lifetime sometime... i think i'll love that very much. i also didn't mention this above, but my personal favorite moments are 7:57 (if you remember: "internalization and pure despair") and 40:15 ("sun after the rain"). if you don't listen to the whole piece, then i recommend to listen at least to these episodes, they will make you feel.

* all timestamps are in line with this kogan/luzanov/svetlanov recording.